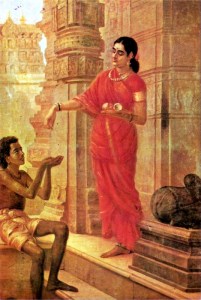 Daniel Levine has an interesting discussion of giving and giving well up today on whyiamwrongabouteverything:

When I got a “real” job at USIP, back in 2007, I resolved that I was going to donate 10 percent of the portion of my take-home pay that I kept for personal use (as opposed to what I contribute to the joint account I share with my wife). This is less than the Giving What We Can pledge, but more than the The Life You Can Save pledge, so I figure it’s at least a good start. (My wife and I also give 5% of the after-tax income we contribute to our joint account).

Some may think it impolite, but I actually really appreciate that Daniel laid out his giving budget. 5% of joint household funds and 10% of personal funds dominates my giving budget quite a bit: last year we gave about 3% of our total pre-tax income to Oxfam (which is similarly ignored by GiveWell) so his commitments and reasons are particularly impressive. My family will likely scale back this year to make room in the budget for my wife’s unpaid maternity leave, but now social competition will give us an incentive to increase it!

He also highlights his preferred charity, the Bangladesh Rehabilitation Assistance Commission. Despite the name, BRAC actually works in eleven different countries in Asia, Africa, and the Americas. Because they are primarily funded by micro-finance, they are able to fund 80% of their own charity work. Donors pay for the rest. Yet the charity rating service GiveWell refuses to rate it. Before I met Daniel, I’d never heard of BRAC, and since then I’ve been trying to do my homework. Two potential objections have emerged:

All of my objections boil down to a simple concern: is BRAC better than Oxfam? Perhaps Wrongzo’s nom de plume is a misnomer or humblebrag, but perhaps he and I have a disagreement, after all.

Academics like to distinguish between two questions: whether we can know the right answer, and whether there can *be* a right answer. William Easterly rejected this kind of mythology of metrics when he told Peter Singer that “it is not at all clear that you (or anyone else) knows exactly what to do to save the lives of poor children or how to get them out of extreme poverty.”Perhaps Easterly is right to answer the first question with skepticism, but I believe we can answer the second question affirmatively: there is a “best” use for my money, some single expenditure that reduces suffering the most, even if we do not know what it is. People who criticize measurement efforts effectively admit that there’s such a thing as a right answer to the question of how to give, because they believe that Peter Singer and the metricians have the wrong answer!

If there’s a right answer, why not take a shot at figuring it out? So: is Wyclef Jean’s charity effective? A little research suggests not. The key here is that there may be many good answers, but there are certainly some bad answers, too. For instance: donating money to a church or to a museum doesn’t save lives, so those are demonstrably inferior kinds of charity. Even worse, sometimes our helpful efforts are actually harmful, as when we learned that some arsenic mitigation efforts may actually increase infant mortality! Whether microfinance at 88% interest is good or bad for a community is a matter that can be evaluated independently. And what’s more, it may be helpful even though it seems, to me, to be exploitative!

Yet it’s also possible that this is such a really hard problem that we’re better off with no information rather than some information. In donating to large charities with expansive internal research arms, we are essentially using part of our dollar to buy evidence about where the rest of the dollar should go. This seems wasteful! At some point, you reach diminishing returns in terms of the evidence-costs versus the marginal utility gains. Perhaps there really is no reason to believe that Oxfam’s or GiveWell’s internal metrics will help me direct my money better than traveling to a poor country and handing out twenty dollar bills! You may think I’m joking, yet I’ve actually seen this proposed by the economist Tyler Cowen. Perhaps we should skip airfare [overhead!] and simply mail the money to a random person!

That’s one reason I prefer larger institutional charities as informal indexers, in the portfolio sense: administrative/information costs are higher, but smaller as a percentage of total expenditures, while new money is always redirected to the best-informed current needs. Today’s best charities may not be tomorrow’s best charities. We know that, for instance, only about 50% of the population needs to be mosquito-netted to get almost all of the health effects. So at that point, it’s time to redirect the resources to a new cause, from malaria to diarrhea, say, or else new dollars could have no utility at all.

If we’re constantly analyzing the productivity of a charity, like GiveWell and Oxfam do, we’re likely to catch it. But if we’re sitting back and receiving the reassuring development letters from the charities’ staff, we’re likely to irrationally remain committed to the “less-than-best charity” for long after our donations have stopped having the optimal utility. That’s something Oxfam can do but VillageReach can’t. From the research I’ve done, I can’t tell whether BRAC is doing so or not; this was GiveWell’s problem in 2009 when they last evaluated BRAC.

You may well wonder: why even argue about charity? Shouldn’t we just give quietly and privately?

The various academics associated with Giving What We Can are engaging in a conscious effort to change the norms and standards of charitable giving. It’s true that donors mostly give for reasons of self-satisfaction, which is why consequentialists of various stripes are engaged in a quiet effort to change the conditions under which donors can successfully congratulate themselves. By working on the codes of honor and merit, they hope to have an outsized impact on the behavior of major givers and institutions. Academics recognize that we’re not rich and powerful, but we like to think that words and arguments can sometimes give us a bit of a multiplier effect.

To some extent, they’ve already succeeded, such that you see major criticisms of goals within global health and humanitarian aid communities for ineffective models, like the work of William Easterly, Dambisa Moyo, and David Rieff. More recently, some in the aid community have questioned the cost-benefit efficacy of the Gates Foundations’ attempts to eradicate polio.

But this requires a pretty strict consequentialism (though not utilitarianism) to which many retail donors object. Beyond the overall skepticism about knowledge and metrics, there’s an underlying fear that consequentialism levels the playing field between giving and consuming, and that this will become far too demanding for the average donor. Once you get started down this path, giving well goes from an analytic tool to a duty. It starts to sound overly demanding, and maybe even a bit melodramatic, like we’re all in the same position as Oskar Schindler:

In the film, you’re supposed to think he’s being too hard on himself. But isn’t he right? Ten people died so some rich industrialist could drive around in luxury. How many died so that I could sit up late typing this post on my computer? How can that possibly be just?

It’s a common intuition: whenever we see a rich person spending lavishly on a boat or a sports car, don’t we sort of feel that they’re wasting their money, that there are folks in need who could use it better? Am I really a philistine for not appreciating the craftsmanship in a Porsche or the softness of 600-count Egyptian cotton? I like lots of luxury items, too: I’m not an ascetic. Right now, I’m lusting after the new suit, an expensive rowing machine, and lots of electronics that are totally unnecessary. I may even buy some of that stuff. But I think we should admit that it’s not particularly praiseworthy to spend my money on luxury goods while there are children dying from diarrhea and women living with obstetric fistulas. We could treat an obstetric fistula for $450 dollars. That’s less than an iPad! It seems like an easy choice, yet I’ve already spent more time dithering on the minute differences between BRAC and Oxfam than I do wondering whether to spend the next $450 I make on consumption or charity.